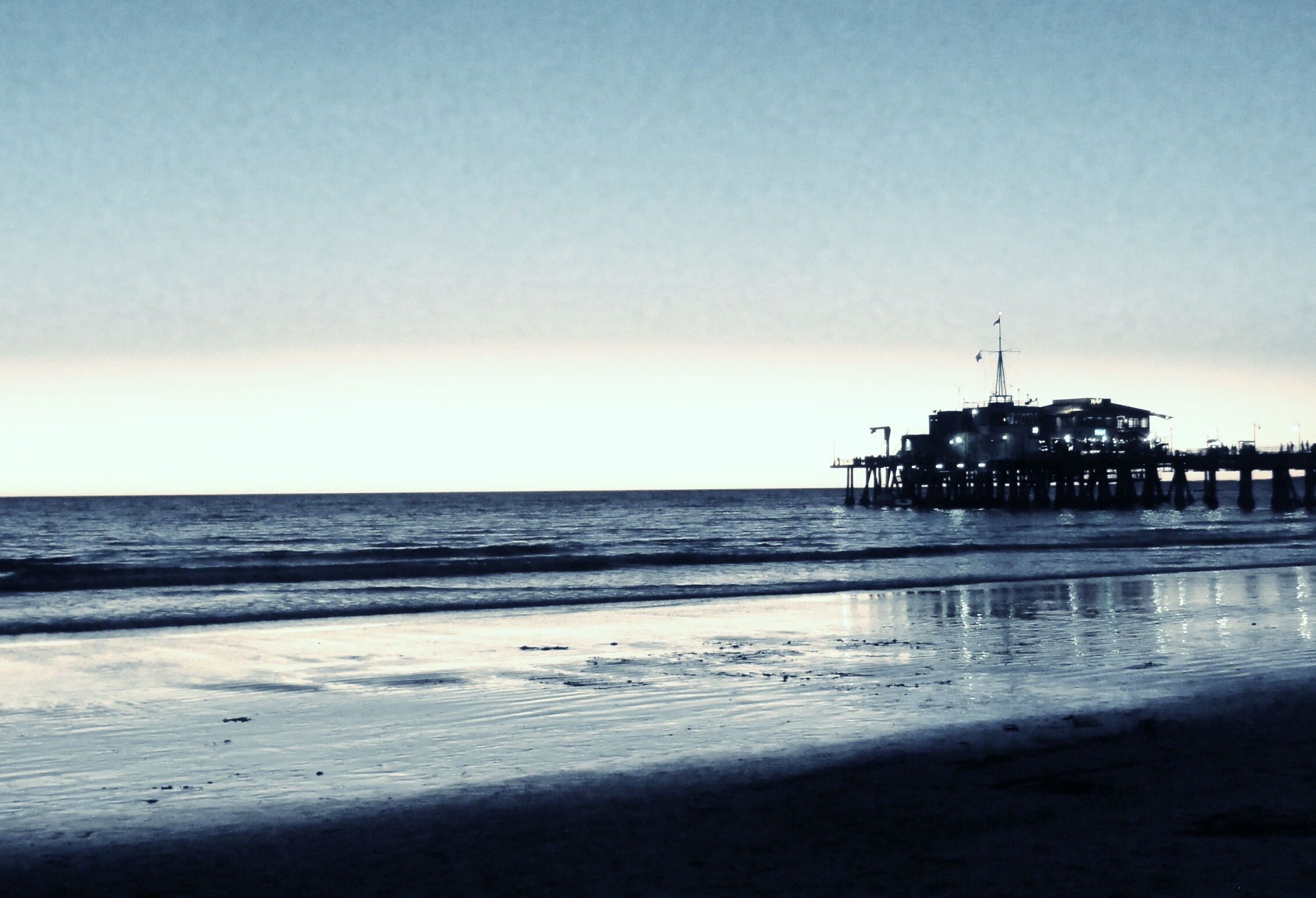 Nobody can tell you what you should be doing. We do not know you, we can only show you what can happen if you throw everything into the wind and become a nomad. This is the story of our message.

It’s happened to most people. You walk through a busy shopping street, your mind fully occupied with finding the ice cream shop, when suddenly you get approached by the activist from WWF. He plays everything by the book: stand in your way, ask you a guilt-inducing question like “Do you like baby seals not being clubbed in the face?”, push their form with a pen in your hands ready to help you sign. If you manage to walk away without engaging, sometimes you’ll be the lucky 1000th rejector of the day and you’ll get a full load of frustration, blaming you for why the whole world is such a messed up place. It’s Saturday afternoon, you’ve got other things like laundry on your mind, and suddenly you’re promoted to spokesperson of the entire human race.

Just like that, we get bombarded every single day with topics people think we really should care more about. It’s the botanist who gets frustrated with people not stopping to smell the flowers anymore. It’s the political activist who tries to convince you to spend more time getting informed about who to vote for. Last but not least, it’s the travel blogger bombarding you with tweets and blogposts on why you’re wrong if you don’t take on travel as a lifestyle.

Can’t Do It All

That’s not just the kind of people they are. That’s the kind of people most of us are. Every single one of us experiences a highly distorted interpretation of reality on a daily basis. We don’t know of anything else, and for most of us, the things that are important to us seem more than just a personal preference or opinion. The importance of our interests seems like an intangible but very real thing, inherent to the fabric of the universe, unaware that our awareness resides in just our personal universe, not the objective one. There’s a sense that we don’t just find Hot Rod cars exciting, but that the whole world’s wrong if they don’t see the excitement.

As a kid I had a big stack of Garfield comic books, and there’s one joke where he lies in bed, and in the first panel he calmly listens to the oohoo’s of the owl, in the second panel to the chirping of the crickets, in the third panel the blowing of the wind, … Only to come to the last panel and not being able to sleep because he’s hearing all of that racket at the same time. This is my feeling with people who tell me what to care about. One’s oohooing, the other’s chirping, not realizing I’m hearing all of them simultaneously.

I’ll be honest here, people: I do not have the time and energy to care about everything everybody cares about. But that is the fun part about living in a society. The world is so complex, and that’s why small manageable tasks are handed out so that everyone can keep it running together. It is not because having bread to eat is important, that everyone should become a baker. Do you feel like it’s your calling to make bread? Great, we need bread, there’s the oven, knock yourself out. Feel like your calling is overthrowing the government and bringing justice to society? By all means, I’ll be over there on the sofa playing guitar staying out of your way, just let me know when you’re done. It’s utterly dumb for me to take on a job I’m not fit for.

It’s important to find things important, because meaning strengthens our identity. This is the reason we do things. It’s about having that elevator pitch ready. It’s all about completing the phrase “Hi, my name is ___ and I’m all about ___”. There’s nothing greater or lesser about being a political activist as opposed to a stamp collector. Importance does not exist in nature, only in our minds. It is not a physical property, and for that reason, it will always almost arbitrarily be allocated to one thing in your world, and to something else in someone else’s world.

I apologize for the Fight Club cliche I’m dragging you through here, but this is what Tyler Durden was saying. Your identity is a set of stories. One is about how you have a grande latte every morning before work, the other’s about voting right wing, and so forth. Because every item on the list is not just something that we happen to do, but something we identify with and actively try to keep up so that we get to keep being our “true” selves, it gets personal real fast when somebody tells us there’s something wrong with it.

You’re Not Responsible For Your Self

Have you ever had a discussion with someone, where you said “None of this would have happened if you hadn’t burned the turkey!” and you play the blaming game back and forth like that for a while only to shut everyone up with “Well, none of this would’ve happened if the Big Bang hadn’t happened!”? An interesting thing happens when you start tracing back from where you are now and what you’re thinking or doing. You discover every cause to your effect, is an effect to another cause, and sooner or later you arrive at causes that lie outside of your influence. None of it started with you, not even you itself.

This means it’s frankly arrogant to claim that much responsibility for where you are in life, especially if you’re holding yourself up as a grand example of how things should be done, because you didn’t do that much of it to begin with. You’re a fancy blogger who travels for a living? That’s nice, but anyone will do it as long as their driving force is greater than the resistance they’re facing. It’s like physics. Your driving force comes from what you’ve been taught to value, and the resistance lies in your circumstances. Paraphrased this means it’s all 100% circumstance, and nobody can relate to yours. Some people have to overcome the fact that they’re taking care of a sick grandmother that’s been abandoned by the rest of her family. That’s somewhat of a barrier when you’re listening to the guy telling you anyone can live nomadically and the only thing you need to do is be less of a bitch.

Do What You Want

Not a single person on this entire planet knows what the fuck they are talking about.

That is why I take other people as a source of inspiration at best, not as a source of authority. Nobody has the expertise to know what you should be doing. Personality types differ, influences differ, and so for you, your ideal lifestyle will differ. If you’re really comfortable in the picket fence office job world, then that is great. You can still have that and expand your mind through reading for example, instead of globetrotting. Or watch dance-off contests  and eat Cheetos all day, who cares, you owe the world nothing.

The magic bullet just doesn’t exist. There’s no one size fits all lifestyle out there. The real problem is giving authority to others and living a life you know isn’t right for you. You’ll feel it. It’s when you’re at work and you have a knot in your stomach the entire day, constantly watching the clock for the chance to escape once again. If that’s the case for you, then the one single thing I’ll tell you you should do is get up and walk out the door. Because you can die any second, and there’s just no possible reward in the entire cosmos that can honestly make this worth it for you.

The only thing you should do, is whatever feels right.

Not Your Usual Travel Blog

As me and Brad are laying the foundations for Advntrr as a resource for would-be nomads, we have to dive into the sea of tweets and posts of nomads and travel bloggers alike to find our place in it. One immediate fear we both shared was that we’d become the kind of people trying to convince the whole world how cool our lives are and why anyone else’s life sucks balls by comparison. “Why You Should Travel“, you say, wandering Wally or whatever your name is? We shouldn’t fucking do anything.

We are not here to tell you what to do. We are simply here to showcase the possibility of a location independent lifestyle. We are here to show you the good and the bad as we are hitting the ground running living like an nomad. Because the truth is, we are no experts. Ten years from now it may turn out that we made a horrible mistake and should have gone for the career and the mansion. But you know what? That’s life. Life is trying stuff out, falling off the bike and getting back up. We are here to show you it’s OK to not know the outcome and give it a shot anyway.

To all those who are tired of being made to feel guilty for not being excited and positive all the time, for not living the unattainable endless orgasm of a life, to the people who just want to do things their own way and are out looking for support in experiences of those who are on a similar path: my friends, this one’s for you.

Welcome, I hope to read all of your stories soon.